The first thing on day one, at breakfast I saw Kristoffer Nordström. My Swedish friend with a knack for python. After that moment I knew the conference couldn’t be anything more than pure awesomness! Then I met Guna Petrova and Helena Jeret-Mäe at the registration. Those women (among the other organizers) are the beating heart of the conference. Then everywhere I went, new and old faces. There was so much energy in the air I could breathe in testing and conquer the world with it.

That is how it feel to attend a conference: you feel everyone’s energy and be empowered by it. Santosh Tuppad (whom I met during a coffee break on the first day) said the same thing. The people around you give you energy. If the people just happen to think alike, they can give you much more! I have no idea what is the scientific basis on that, but I think it has something to do with brainwaves, facial expressions, and false belief that there is anything scientific around it. ;) At least I felt like a king. 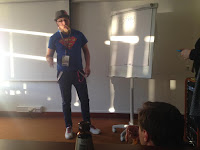 Now that the conference is over, I am spent. I think me having a nagging cough ate part of my energy, especially on the third day (and Cards Against Humanity until 3am had nothing to do with that). I was able to gather enough energy to pull an extempore workshop in the hallway during the coffeebreak where we tried to develop a testing strategy for a webshop. It became a crowd magnet and we had huge fun doing it.

What was the topmost thing for me as a delegate and not as a speaker (although I did my best to speak out whenever I could – the tutorial, workshops, lightning talks, the hallway), I felt that I was a promoter of bravery. Bravery to speak out. Bravery to challenge. Bravery to be challenged.

I think being a software tester is about being brave. We stand on the podium in conferences and we spill our guts in front of people. Rob Sabourin was almost in tears at his keynote. Erik Brickarp admitted failures and even arrogance in his track. People make mistakes and they get up to talk about them. It is bravery to ask questions from the audience. It is bravery to ask “Huh?” when one doesn’t understand.

So, I’m going to be brave. In everything I do, I shall try to be braver than the next guy. I shall show that I have the guts to do things, swim against the current, challenge. Maybe then other people have it easier to be brave also, even a little bit. Maybe I can show example and lower their threshold. In the following 12 months that bravery shall take me in to every possible event where I can speak up.

As for the future, the following might make it as blog posts (I haven’t fully decided yet): 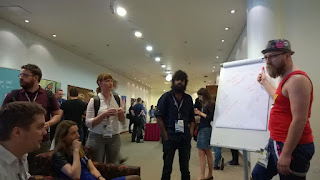 The conference is over. The lights have gone out. In the end, everyone’s tired but excited. I want to thank the following people for great discussions throughout the conference: Sami Söderblom, Kristoffer Nordström, Erik Brickarp, Santosh Tuppad, Richard Bradshaw, Jekaterina Krivega, Kristjan Uba and Ilari Henrik Agaerter.

I want to thank the organizers of the Nordic Testing Days 2015 for every single thing they did! The light dancers, the magician, the games, the venue, the food, the drinks, the people! I will see you next year! I promise! 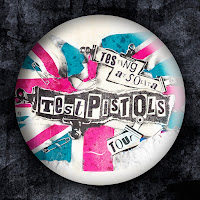 Posted by Pekka Marjamäki at 17:09