As I have mentioned before, we have this round of workshops under the concept of Testing Tuesday. I have already covered two of the latest workshops as blogposts. This one is an attempt to cover the first of the seven, a workshop called "Thinking like a tester".


Why did we talk about thinking?

I like to think that there is no testing without thinking. If thinking isn't involved, it is not testing. Machine doesn't think, thus it just checks. Human challenges, observes, infers, models, etc. all the time while looking at a test object. A human tester thinks. That is why we need to practice different ways of thinking. It's like exercising a muscle, but the muscle is our brains.

There are number of different ways to think, many of them overlapping, and we should try to perfect those skills. It is valuable to recognize different patterns of thinking to be better able to solve problems. Testing is essentially problem solving, since we try to notice things and then afterwards try to figure out if this observation might be an issue. By having multiple tools in our tool box we don't have to rely on just one way of thinking ("When you have a hammer, all you see is nails.") and that makes solving the problem much easier.

My goal with this workshop was to introduce a few different mechanics of thinking to the audience and have them use that mechanic to perform an exercise.

What did we cover?

We were able to cover three exercises. The first two exercises were borrowed from improvisational theater. The first one was "reinvent the wheel".

I split people into groups and gave them the assignment to create a method for transportation. The only things given to them were the fact that the context in which they were supposed to solve the problem didn't have a wheel yet. They weren't supposed to create the wheel but create an alternative, as effective method of transportation. The thing was a bit difficult since I told them to start every sentence in their brainstorming with "Yes, but". This was an effort to make people challenge the already agreed.

People started to do the exercise but it seems that they didn't fully see the point of that exercise. My attempt was to make people challenge the assumptions and the ideas already on the table, thus making it an exercise in critical thinking. I might have missed the mark slightly, but people did have fun. I noticed that people required a leader in their group and some catalyst to provoke the challenging. I visited the groups and challenged their ideas by asking a question and then replying to their answer with a "yes, but" phrase. That stirred the pot slightly. I believe it became an exercise on team dynamics more than thinking patterns.

After 10 minutes we debriefed the ideas they came up with and moved on to the next task, "Reinvent storing".

Once again people worked in groups. The task was to invent a method to store things without using shelves or stacking things on top of each other. They once again had two facts about the context: There was no concept of shelves or stacking, and they had to begin an idea by saying "Yes, and". This was supposed to be an exercise on creative thinking, finding new ideas based on the old ideas, accepting what is already decided and building on that.

The task was more fluent than the first one and it spurred some crazy contraptions to store items, from pulley-operated platforms to portable black holes. There was certainly creativity in the air! Once again I felt that the exercise fell a bit short, and people did have questions on how they related to testing.

The third exercise was a bit shorter because it took so long a time to debrief the first two tasks. The third one was an exercise on lateral thinking. I explained it on a broad level, then I gave them a problem which they were to solve using lateral thinking. 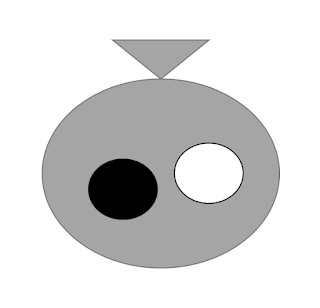 The story was something like this: There is a merchant who owes money to an evil man who is in love with the merchant's daughter. The merchant can't pay the dept. The evil man proposes a wager. He puts a white and a black stone into a pouch. If he pulls out a white stone, the debt is forgotten. If he pulls out a black stone, the debt is paid in full AND the daughter is forced to marry the evil man. There seems to be a 50/50 chance. However, the evil man changes the white stone into another black one.

I asked the groups how would they solve the problem so that none of the participants lose their face (i.e. is revealed as a liar, is forced to marry, gets killed, etc.). The task was once again pretty difficult since the premise was so vague. I then had to answer a lot of clarifying questions about the problem before groups could actually start working on their solutions. They managed to think outside the box on many occasions. The ideas were quite feasible, I think.


What was the most valuable thing to me?

Having done three exercises on thinking, I realized that it was just a scratch of the surface. I thought I had time to do a "Thinking fast/slow" exercise but everything went by so fast. The essential thing might have been just having fun with my coworkers, making them do something out of the ordinary, promoting testing as a thinking activity as opposed to a technical task that creates test cases run on some virtual server.

The tasks were obviously quite difficult, but it gave a good ground work for the next workshops. The people were the essence, not me blabbering in the front (although I like that also). The more workshops I held, the more attendee driven it became. I facilitated, they provided the material.


What would I do next?

Since there will be another "tour" for the Testing Tuesday, I will refine this workshop. I will explain in more detail what the task is and arrange more time on people to explain what the connections to testing could be. Instead of making it a lecture I give the mic to the attendees on why would it be important to think. Maybe I'll try to add some other thinking exercises, like "Think like a freak" and the "Thinking fast/slow".

I am thinking on doing a blogpost on the lateral thinking, since I find it really important skill. I believe few of my community colleagues have already done that, so I might have to take a different approach on that. We'll see.

Anyhow, this was the workshop on Testing Thinking. If something wasn't clear or you have ideas how to make the workshop better, drop me a comment.

Posted by Pekka Marjamäki at 14:15